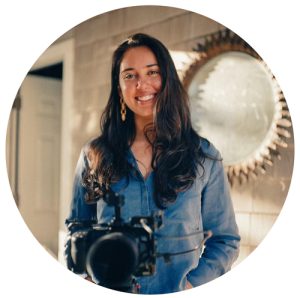 Gabriella Canal is a Latinx documentary filmmaker living in New York City. She tells stories rooted in identity and immigration, with a focus on women’s voices. As a producer, she’s worked with The Atlantic, John Leguizamo’s NGL Studios, Global Citizen and Insignia Films. Her independent work as a director and DP has been featured by DOC NYC and the National Association of Latino Independent Producers. Her last short documentary, No Man’s Land, received the Audience Award for Best Short Film at The Florida Film Festival.