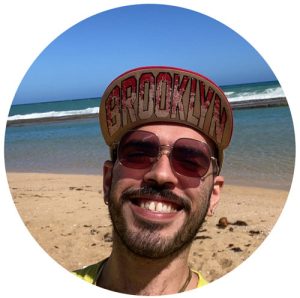 Gabriel Carle (San Juan, 1993) completed a B.A. in Escritura Creativa at Universidad de Puerto Rico, Río Piedras, and an M.F.A. in Creative Writing in Spanish at New York University. Their creative and academic research interests center on issues of Queerness, Indigeneity, and Blackness in Caribbean literature and activism. They have won literary prizes at UPR-RP and University of Houston. In 2018, they published their first short story collection, Mala leche. They are currently pursuing a Ph.D. in Spanish and Portuguese Languages and Literatures at NYU.